Thank you for contacting us! Jack Pachuta will be in touch with you soon. 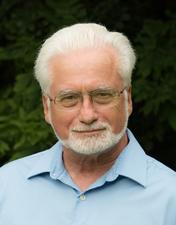 Ideas and Results for a Changing Global Marketplace​

For over four decades, Jack Pachuta has been a consultant, trainer, and speaker, working with organizations on three continents.

As the field director of the first interactive use of cable television in North America, he helped change the way mass media is perceived.

As a vice president of a corporation named one of Forbes Magazine's "200 Best Small Companies," he headed its training, communications, and project management functions.

A graduate of Kent State University, Jack is a Vietnam Era Veteran, having served as an officer in the United States Army Signal Corps. He later was a senior field tech for Northrup Corporation, compiling data about the Pershing Nuclear Missile System used by the Joint Chiefs of Staff to evaluate tactical operations in Europe.

Holding masters degrees from the University of Southern California and Michigan State University, Jack has served on the adjunct and professional faculties of many colleges and universities in the Milwaukee area.

Currently, the president and owner of Management Strategies, Inc., in Cedarburg, Wisconsin, Jack works with his clients to improve their organizational culture, communications, and negotiation skills.

Jack met his English wife, Renira, over breakfast in Portugal while they were both living in Germany. They now have two daughters, a cat, and a house next to a Christmas tree farm in southeastern Wisconsin.

Jack is a past president of the Wisconsin chapter of the National Speakers Association. He is also a mystery writer and artist, and a member of the Cedarburg Artists Guild and the League of Milwaukee Artists.
​